Former News Sentinel editorial cartoonist Charlie Daniel has so many friends that his retirement party on Sunday had to be divided into two shifts! We were in the early shift: 1:30 to 3:30. Another group came from 3:30 to 5:30.

For his part, Charlie was nonplussed, of course. “No speeches,” he said, as folks called for him to make remarks after he was presented with proclamations by U.S. Rep. Tim Burchett and Jane Chedester of U.S. Sen. Lamar Alexander’s office.

Burchett got the biggest laugh when he gave Daniel a flag that he said “allegedly” had flown over the Capitol!

The party was at the new Farragut condo of Steve and Lin Oglesby, longtime friends of Charlie and Patsy Daniel. Unlike many retirement parties, this one was not at all raucous and joyous. It was sedate and almost sad. U.S. Rep. Tim Burchett, right, gives Charlie a flag that may have flown over the U.S. Capitol.

That’s because Charlie did not want to retire.

He always said he’d die at his drawing board at the newspaper. At age 89, Charlie has worked at one of the Knoxville papers for more than 61 years, first at the Knoxville Journal, where I became his friend, and later at the News Sentinel, after The Journal folded.

The occasion of his retirement was the announcement by Gannett, the corporate overlord of the News Sentinel, that Daniel’s position was being eliminated. This after he had declined to take a buyout offer.

Charlie admits that he doesn’t know what he will do in retirement. “I don’t have any hobbies,” he confided. Patsy says the two will do some traveling in the near future. But, like Charlie, she seems a little uneasy about what exactly this forced retirement will look like.

I’ll tell you one thing, though. The paper looks a lot worse without Charlie’s daily dose of gentle humor and the Sunday installments of his “Rosy’s Diner.” Even the targets of his barbs are sad that he is gone.

“I’ve been made fun of by people all over the world,” Burchett shared. “And Charlie is my favorite.”

On a lighter note, click here to read how flags actually are flown over the Capitol. Lin and Steve Oglesby, hosts of the retirement party. Jane Chedester from U.S. Sen. Lamar Alexander’s office, hands over a photo of Alexander reading a proclamation about Daniel into the Congressional Record. 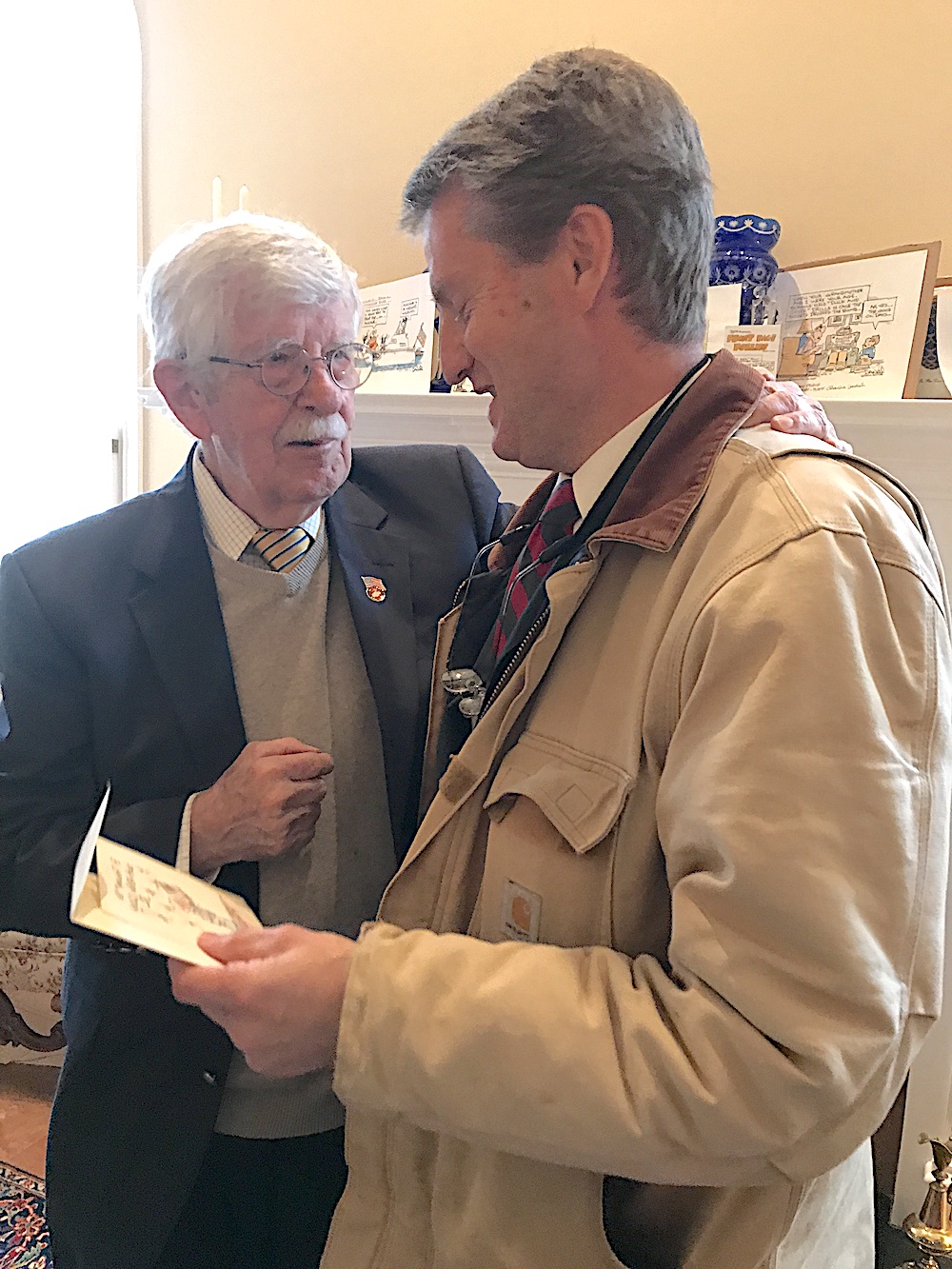 Charlie and Patsy’s granddaughter, Annie McDaniel, with her son, Benjamin. That big cutout is from an open house the News Sentinel had when it moved into its new building in 2003. Moxley Carmichael helped plan the festivities, and we had Charlie draw characters to guide people through the sprawling new facility. This one pointed the way to Charlie’s office. Here’s a better picture of Annie and Benjamin. Charlie with his friend Jim Lyle. Steve Oglesby sent me this photo of Charley with Amy McRary and Jack Lail from the second “shift” of party-goers!