Posted on February 9, 2016 by Cynthia Moxley Anyone who says you can’t be all things to all people clearly has not been to a Drake’s restaurant!

Drake’s opened in Knoxville last week at 242 Morrell Road at the former location of Puleo’s and Charlie Peppers. It has been jam packed ever since the doors opened. We at Moxley Carmichael had a blast helping with the opening of the concept’s eighth location.

Headquartered in Lexington, Kentucky, Drake’s operates a hybrid eatery that seems to be attracting a very diverse client base. It offers a relaxed family atmosphere for lunch and dinner and then converts to a high-energy club with a DJ and dancing at night.

And the menu is a hybrid, as well, offering everything from hamburgers and wings to sushi. Burgers are big sellers at Drake’s. In fact, they have nine on the regular menu plus a “burger of the month” that changes. (Photo by Gary Heatherly)

“Our restaurant combines very different vibes from a laid-back lunch spot to an all-out nightclub,” said Mark Thornburg, Drake’s market partner. “Whenever you come into a Drake’s, you can expect exceptional food, unwavering commitment to hospitality and an atmosphere that invites people to have a lot of fun.”

Drake’s offers weekly trivia, shuffleboard and daily drink specials. The Knoxville location will feature two DJs who will play on Thursday until 1 a.m. and Friday and Saturday until 2:30 a.m., with one inside the restaurant and another outside on a large patio with garage doors that will be open when weather is appropriate. You might recognize the exterior, but nearly all of the interior has been changed. When Bill Regas showed up at the VIP party, he was treated like a rock star by the restaurant people, including Mark Thornburg, pictured here. The former owner of Knoxville’s iconic Regas Resaturant, he truly is restaurant royalty. (Photo by Gary Heatherly) I couldn’t believe that County Commissioner Bob Thomas and his wife, Kim, opted to spend their wedding anniversary at the VIP event. (Photo by Gary Heatherly) Virgil Covington of Drake’s, left, with Matt Sanderson of WBIR-TV. From left, one of the Drake’s founders, Bruce Drake, with Thornburg and another founder, Brian McCarty. (Photo by Gary Heatherly) Working on the Aqua Sushi Line. (Photo by Gary Heatherly) Are you really thirsty? Try a “table tap.” It holds up to 120 ounces of your beer of choice. Here’s how it works. (Photo by Gary Heatherly) Mark Thornburg with Amanda Jennings, who handled this project for Moxley Carmichael. (Photo by Gary Heatherly) 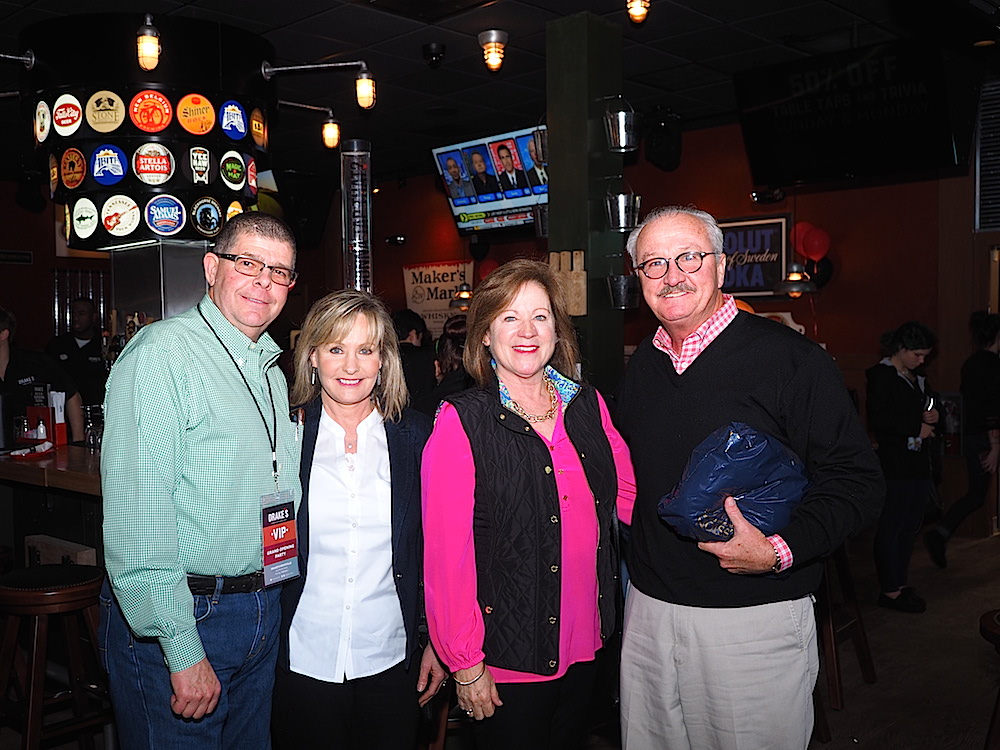 Everybody got a koozie. When you see this vehicle, follow it for a good time!